We Must Not Take Away Hope From Young People

We adults have been listening to the dire warnings of how things are spiraling out of control for many years.  We react to it with horror, or with tired cynicism, or scorn, or anger, according to our personalities, and of course, according to how much background we have.  The discussions often get heated; sometimes because our friends argue with us out of frustration.

But other ears are also listening, and taking note: little ears, and not-so-little ears, which do not have the experience (the ‘wisdom’), to put the talk of these end-times in perspective.  Well, let me take a step back; none of us have successfully negotiated the End Of The World before.  But many of us--not all, I must confess; and we should have some compassion towards our friends who are not mentally well-equipped to cope with disaster without going all Jonestown on us--many of us are able to brace ourselves, and address the problem as logically as possible.

I personally believe that, when talking about climate change / global warming, or CC/GW, especially to children, we should take the view that it is going to be gradual.  Things are gradually going to get worse, and we need to push back so that things either get better, or get worse more slowly.  We’re not doing this only for ourselves; we’re also doing this because poor people will suffer relatively more than rich people (which is why this Green New Deal is something we middle-class and working class people want so desperately, and most upper-class and 1% folks do not want at all).

There’s other interesting attitudes that are sort of amusing.

If things take the best possible course, we have to make some mental adjustments, and get accustomed to sane ways of doing things, ways that have already been adopted in many countries, and which we have been in the habit of ridiculing for decades.

Then, there are more difficult things we can do, such as: eat less meat, pay more attention to difficult school subjects, spend less money on defense, elect smarter leaders, and so on.  But our young family members must be persuaded that:

Even if we cannot make the deadlines that the Global-Warming-scientists say we must make to prevent the sea temperature from becoming too high (and that is a serious critical point), we can still make the Post-Apocalyptic World a slightly more comfortable place to live in by getting started.

All the things that need to be done are common-sense things that reasonable people have thought of doing for centuries.  For many years, Businesses have encouraged us to Buy More!  Spend More!  Eat More!  Travel More!  Fly More!  Because it’s Good for Business.  But it seems to me that what is good for business is bad for the environment.  I suppose business leaders will leap to their feet to contradict that claim.  But I don't see any reason to think that there are any environment-friendly businesses to make much of a difference.

Conclusion
It is important to convince the younger members in your circles that there are things they can do, even while the adults are out there screwing everybody over.  And we can expect bad weather all through the year, most years, but as long as we continue to push back against the Burn / Drive / Pollute  aspects of our culture, it is possible to keep our mental equilibrium.

Posted by Archimedes at 2:10 PM

One of the oldest music file depositories on the Web

A weekly cartoon clip, for all superhero wannabes, and the gals who love them. 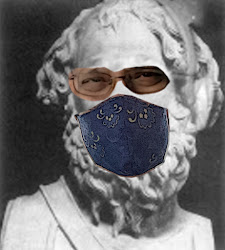 I'm all about safety.

Check out our companion Music Blog! 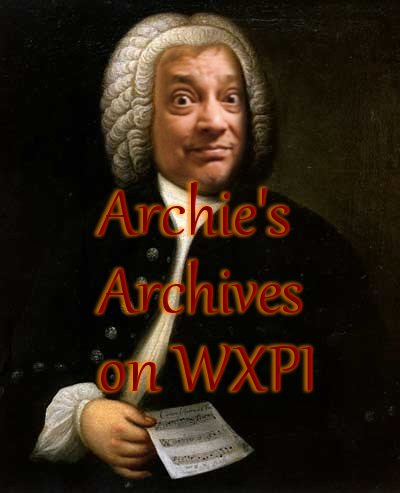 Archimedes
Archimedes is a former jack-of-all trades and transvestite hermit, who used to sell used mathematics at a small college in Pennsylvania. He is still interested (in addition to keeping mathematics out of the landfills) in music, politics, art, dance, drama, er, did I mention music? Okay, literature, movies and film (both), technology, and science fiction. He is also interested in education. 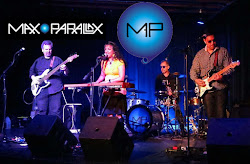